TO EAT OR NOT TO EAT

Yes. Sourced from happy bee hives where the bees keep most of the honey. Mass produced honey for profit would not be acceptable. Why not keep some bees?

‘Bees produce thousands of grams of honey during a season but beekeepers remove just a fraction of it in exchange for giving the bees a safe home. Beekeepers don’t ‘take all the bees’ honey’ as I’ve read on various vegan sites because if they did, the bees would die. Dead bees are not the beekeeper’s objective. (Though dead trees are certainly a woodworker’s.)

Some vegan websites lament that beekeepers feed sugar and corn syrup to bees, which the vegans correctly tell us are not as healthy as honey. Those complainants should learn something about ecology. There are seasons when honey bees can’t find food on their own. Even in sunny Florida, where I worked alongside bees for about ten years, dearths happen in mid-summer when citrus trees, gallberry, palmetto, and pepperbush aren’t in bloom. Without a friendly beekeeper feeding the bees, the bees die. Now I live in Canada. Here, after seven months of cold and ice each year, hives often run short of food in April.  Without flowers, bees die. So beekeepers feed them. Without beekeepers, there would be no honey bees in western Canada.’

‘Unlike plants, bees can defend themselves against wanton abuse. Most hobby beekeepers would never kill a single bee. Bees are absolutely free to range over kilometres of wildflowers. Bees return each night to their hives, which are boxes that keep bees safe, dry, and warm. If they didn’t want to return, they wouldn’t. But time after time, they come back to the beekeepers’ boxes. Beekeepers have experimentally placed empty beekeepers’ boxes alongside trees – bees select the boxes as their preferred homes. But bees can leave whenever they want.’ Taken from bad bee-keeping blog.

Honey is made by bees for bees, and their health can be sacrificed when it is harvested by humans. Importantly, harvesting honey does not correlate with The Vegan Society’s definition of veganism, which seeks to exclude not just cruelty, but exploitation. 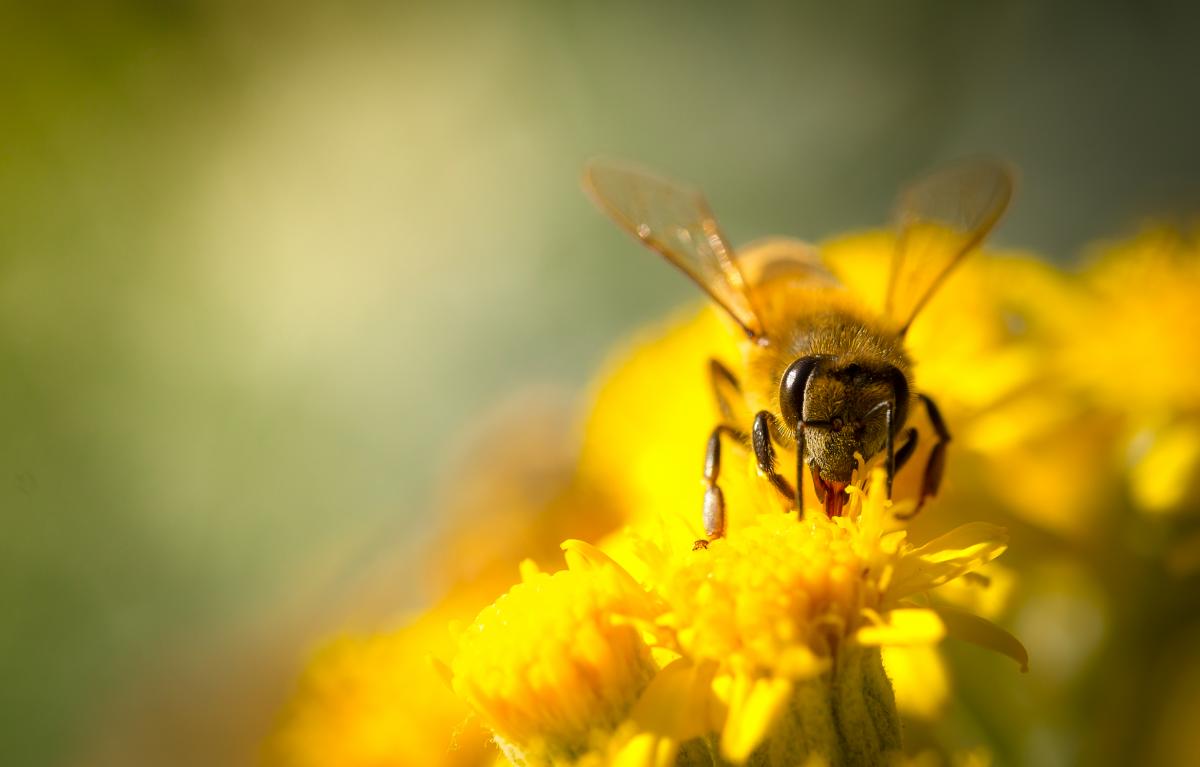 Honey is the energy source of bees; without it they would starve. Honey also provides essential nutrients during poorer weather and the winter months. The honey bee, the genus of bee used in commercial honey production, will visit up to 1500 flowers in order to collect enough nectar to fill its ‘honey stomach’; a second, separate stomach in which enzymes begin to break down the nectar into honey. After returning to the hive, this is regurgitated and chewed by ‘house bees’ to complete the honey-making process. The hive works as a collective to provide each member with an adequate supply, each bee producing just a twelfth of a teaspoon of honey in its lifetime: significantly less than most people would expect. Honey is fundamental to the hive’s wellbeing.

DID YOU KNOW? There are thousands of species of bees that pollinate many different plants. There are only seven recognised species of honey bee, and they only pollinate specific crops.

Conventional beekeepers aim to harvest the maximum amount of honey, with high honey yields being viewed as a mark of success. When farmers remove honey from a hive, they replace it with a sugar substitute which is significantly worse for the bees’ health since it lacks the essential micro-nutrients of honey.

In conventional beekeeping, honey bees are specifically bred to increase productivity. This selective breeding narrows the population gene pool and increases susceptibility to disease and large-scale die-offs. Diseases are also caused by importing different species of bees for use in hives.

These diseases are then spread to the thousands of other pollinators we and other animals rely on, disputing the common myth that honey production is good for our environment.

In addition, hives can be culled post-harvest to keep farmer costs down. Queen bees often have their wings clipped by beekeepers to prevent them leaving the hive to produce a new colony elsewhere, which would decrease productivity and lessen profit.

Honey’s popularity shows no sign of slowing. The honey industry, like many other commercial industries, is profit-driven where the welfare of the bees is often secondary to commercial gain.